On July 15, 2017, Disney announced that a new theater based on the Willis Wood theater in 1920s Kansas City [13]. This new theater is expected to house live entertainment and be built in the backstage area between Main Street USA and Tomorrowland. As of February 2018 however, it seems likely this project has been cancelled [14]

Main Street USA is also home to two of the most famous statues in Walt Disney World, the “Partners” statue and the “Sharing the Magic” statue. The “Partners” Statue was added in 1995 and shows Walt Disney pointing forward while holding Mickey Mouse's hand [16]. The plaque on the statue says, “We believe in our idea: a family park where parents and children could have fun – together.” The statue is placed at the central hub of the park, in front of Cinderella Castle. 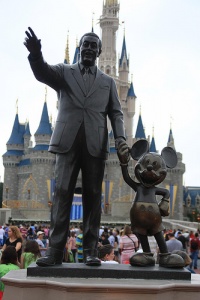 The “Sharing the Magic” statue is located in Town Square and was built in 1999 in honor of Walt's brother Roy O. Disney [17]. The statue shows Roy and Minnie Mouse sitting together on an ornate bench. The plaque below the bench is engraved with the dedication speech Roy gave at the grand opening of Walt Disney World. 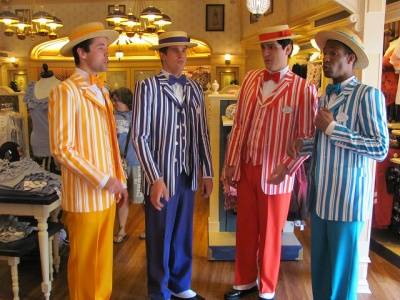