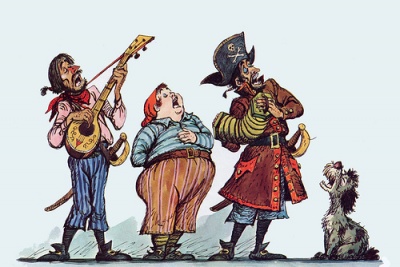 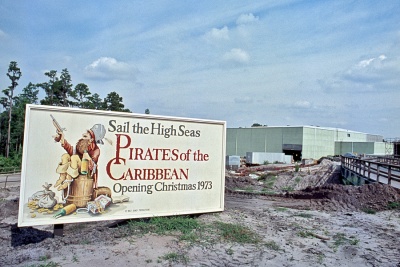 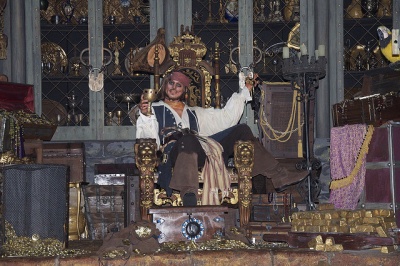 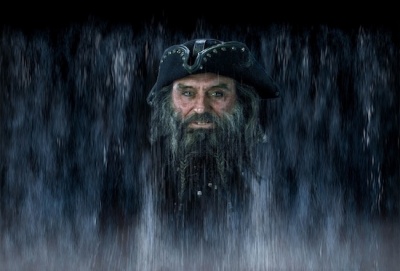 Blackbeard as he appears on the waterfall.

After surviving the pirate battle, the riders sail into Port Royale. The port is under attack by pirates who have taken the citizens hostage as they plunder the town. On guest’s right, pirates dunk the mayor of the town in a well, trying to obtain whereabouts of Captain Jack Sparrow. A large women yells to the mayor (who's name is Carlos) “Don't be a chicken”, and they mayor seemingly gives up no information. In an ironic twist, Jack Sparrow is actually hiding behind a group of mannequins, right behind the pirates. As the boat continues to sail through town, on the left hand side guests see a sign which reads, “Take a wench for a bride”. The pirates have evidently taken the women hostage and are auctioning them off to pirates who are sitting across the river. While the auctioneer tries to sell a larger lady, the other pirates chant, “We want the red-head”, referring to a smaller woman who is also being held hostage. 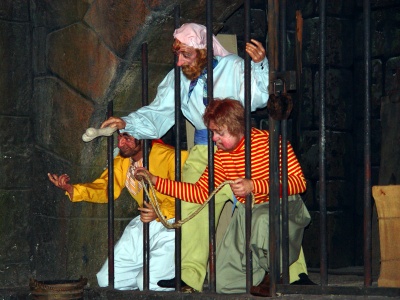