Although Tomorrowland opened with the rest of the Magic Kingdom on October 1, 1971, the land that opened was far from complete. More so than the other lands of the Magic Kingdom, Tomorrowland was in a state of flux, even as construction on the park itself was well underway [1]. During the initial planning of the land there had been plans for an indoor rollercoaster attraction, and even a Monorail station that would have connected to the planned Persian resort[2]. Ultimately, these ideas were put on hold as Disney realized that only a portion of the land would be ready for the park's opening day. Now scheduled to open in phases, when Tomorrowland opened it only featured two operating attractions, the Skyway to Fantasyland and the Grand Prix Raceway [3]. These attractions would shortly be joined by the Circle-Vision 360 film America the Beautiful (on November 25, 1971 [4]) and Flight to the Moon on December 24, 1971 [5]. In addition to these attractions the original incarnation of Tomorrowland also featured the Tomorrowland Terrace Restaurant and the iconic entrances spires which featured cascading waterfalls.

Between 1975 and 1994 Tomorrowland experienced mostly relatively “minor” renovations. In 1975, due to the fact that Flight to the Moon was becoming dated, the attraction was re-branded Mission to Mars[6]. The attraction If You Had Wings also went through a series of sponsor and name changes- Becoming If You Could Fly, Delta Dreamflight, and Take Flight as it changed sponsors from Eastern Airlines to Delta Airlines, before finally becoming sponsorless. [7]

In 1994 Tomorrowland was completely “re-imagined” and changed to resemble an intergalactic metropolis. Taking inspiration from the sci-fi pulp fiction of Buck Rogers and Flash Gordon, as well as the Discoveryland concept created for Disneyland Paris, the color scheme of Tomorrowland was changed from its classic blue and white, to a more metallic darker looking land. In conjunction with the retheming, two new attractions were added. The first was the Timekeeper. Housed in the Tomorrowland Metropolis Science Center, this new film housed in the Circle-Vision 360 Theater, invited guests to travel through time with the Timekeeper and his droid “9-Eye”. The second attraction added was the ExtraTERRORestrial Alien Encounter, which was housed in the Interplanetary Convention Center.[8] The new attraction was a “theater-in-the-round” attraction where guests were placed in the dark along with an escaped alien. ExtraTERRORestrial Alien Encounter was much darker in its tone then most Disney Rides, and a sign outside the building stated that it was not intended for children under the age of 12. Also changing in 1994 were the names of a lot of popular Tomorrowland attractions. The Grand Prix Raceway was renamed the “Tomorrowland Indy Speedway”, Star Jets was renamed “Astro Orbiter”, and the WEDway People Mover was renamed the “Tomorrowland Transit Authority”. The “new” Tomorrowland, was billed as “the future that never was”.[9]

Further changes came to Tomorrowland beginning in 1998 when Buzz Lightyear's Space Ranger Spin replaced Disney's Take Flight (formally If You Had Wings). The new attraction allowed guests to go on an adventure to defend the universe from the evil Emperor Zurg. To do this, guests collect points by shooting orange targets with their “laser cannon”. Another new attraction opened in 2004 when Stitch's Great Escape! replaced the ExtraTERRORestrial Alien Encounter. Based on the 2002 Disney movie Lilo and Stitch, the ride was a “theater-in-the-round” type attraction like its predecessor. Unlike the ExtraTERRORestrial Alien Encounter however, Stitch was lighter in tone and more kid friendly. [10]

On July 15, 2017, Disney announced that a version of The TRON Lightcycle Power Run roller coaster from Shanghai Disneyland would also be built in the Magic Kingdom's Tomorrowland [12]. The attraction is expected to be completed in time for Walt Disney World's 50th anniversary in 2021. 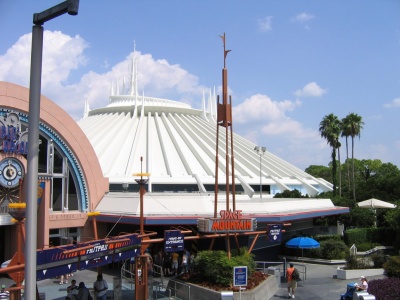 Stitch's Great Escape!- Based on the 2002 Disney movie Lilo and Stitch, on this attraction guests find themselves alone with escaped experiment 626! 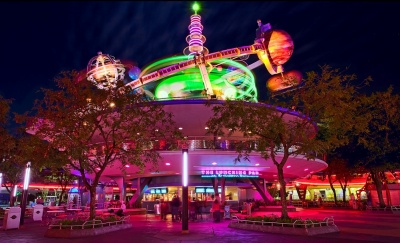 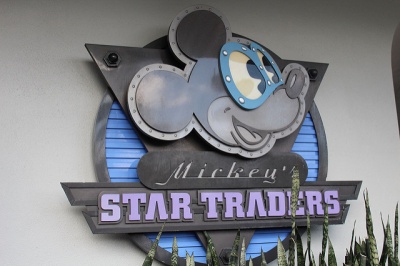 Buzz's Star Command- A small shop located outside near Buzz Lightyear's Space Ranger Spin. The shop is shaped like a rocket and it sells predominantly Toy Story merchandise.