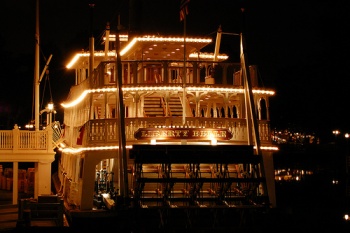 A close up of the Liberty Belle at night