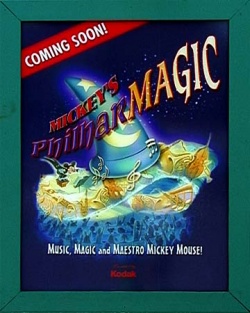 A pre-opening poster for Mickey's PhilHarmagic.

On January 31, 2002 Disney announced the creation of Mickey's Philharmagic in a press release. The release stated: