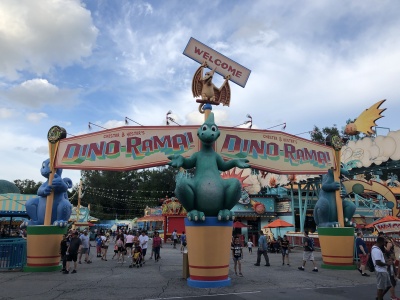 The entrance to Chester and Hester's Dino-Rama. 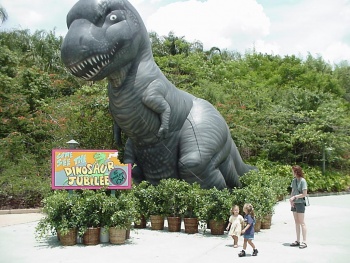 Primeval Whirl- This mild roller coaster takes guests back to the time of the dinosaurs. Primeval Whirl opened on April 18, 2002 and closed on July 16, 2020. 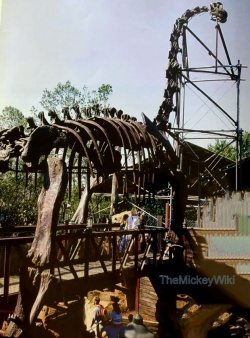