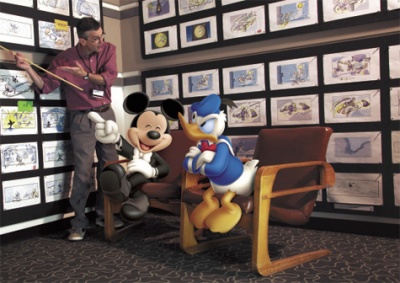 On October 11, 2021, Mickey's Philharmagic closed for refurbishment. During this closure, a new scene featuring characters from the Disney-Pixar film Coco is expected to be added to the attraction [10]. On November 12, 2021, the new Coco section made it debut in the attraction [11]. The new scene features a score by Germaine Franco, who was one of the original Coco composers, and a full orchestra performing Un Poco Loco [12]. 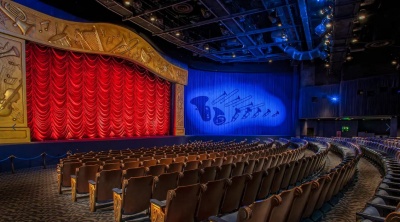 Inside the Fantasyland Concert Hall 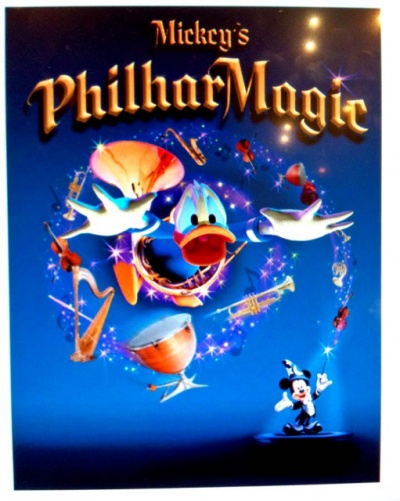 The attraction poster for Mickey's PhilharMagic

Following the end of the Lion King scene, guests find themselves in the Land of the Dead from Disney- Pixar's Coco. Here Hector and Miguel are singing Un Poco Loco as they travel on the back of a cable car. Dante then appears with Mickey's hat on, as does Donald, riding atop Pepita. As Donald chases Dante through the streets of the Land of the Dead, Hector and Miguel continue to sing Un Poco Loco with help from their family. The duo, along with Donald then appear on stage to finish the song, and Dante drops the hat on Donald's head. At this moment of triumph however, Donald is whisked away by Pepita into a cloudy sky, ending the scene.

Emerging from the clouds, Tinkerbell appears on screen, waving the audience over to Big Ben in London. Here Peter Pan can be seen, as Donald and the hat come falling onto the clock. His fall propels both Peter and himself into the sky, and Peter then begins to sing "You Can Fly". In order to let Donald fly too, Peter sprinkles pixie dust on the duck's tail. As Donald, Peter and Tinkerbell fly off into the night; the camera rises above to the clouds, once again changing the scene. 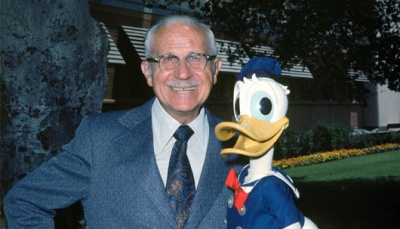 Tony Anselmo (the current voice of Donald Duck) also recorded five lines for the attraction, including the line where Donald hums part of "Be Our Guest" [14].