When Fantasyland was originally being designed for Walt Disney World, Imagineers initially decided that they did not want to simply make a recreation of Disneyland’s dark rides. Instead, they wanted to replace the Disneyland dark rides (Snow White's Adventures, Peter Pan's Flight, and Mr. Toad’s Wild Ride) with new attractions based on different movies [1]. To do this, Imagineers came up with three new proposals for attractions- one based on Sleeping Beauty, one based on the Legend of Sleepy Hollow, and one based on Marry Poppins [2]. Due to the additional cost involved and guest expectations it was eventually decided to recreate the Disneyland dark rides in the Magic Kingdom. According to Jim Hill, when Roy O. Disney about the plans for the new attractions he said:

Fantasyland opened along with the rest of the Magic Kingdom on October 1, 1971. Unlike the other lands of the Magic Kingdom, Fantasyland took its inspiration from the Disney movies themselves. The opening day attractions in Fantasyland were: Dumbo the Flying Elephant, the Mad Tea Party, Snow White's Adventures, Mr. Toad’s Wild Ride, Cinderella’s Golden Carrousel, the Mickey Mouse Revue, "it's a small world" and the Skyway to Tomorrowland [3]. Within the next month, Peter Pan's Flight and the 20,000 Leagues Under the Sea: Submarine Voyage would also open [4], giving Fantasyland an astounding ten attractions by late 1971 [5]. Unlike Disneyland’s Fantasyland, which had more of a whimsical theme, the Magic Kingdom’s Fantasyland took a lot of inspiration from the European villages where many of the Disney stories were originally written [6]. 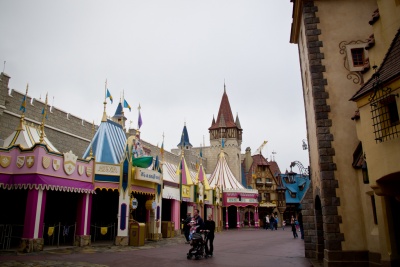 In the early 1990s, Fantasyland underwent a series of changes. In 1993, Magic Journeys was closed and replaced with The Legend of the Lion King. The new attraction used puppets, animation and special effects to tell the story of Disney's The Lion King [9]. Further change came to the land in 1994, when the 20,000 Leagues Under the Sea: Submarine Voyage was closed[10]. Although the exact reason for the attraction's closure remains unclear, 20,000 Leagues was not closed due to lack of popularity. Instead it may have been closed because the ride was not handicap accessible, broke down frequently, had a small max capacity, and cost a lot to maintain. After the ride had closed, the lagoon which housed the attraction remained empty until 2001 [10]. Also in 1994, Snow White's Adventures was redesigned so that the attraction's plot more closely followed the film. At this time, Snow White herself was also added to the attraction[11]. When Snow White's Adventures reopened it was renamed Snow White's Scary Adventures (a name that had been used on and off during the 1980s). The reason for the name change was that the attraction had often scared younger children and the Imagineers felt that some warning was necessary [11]. 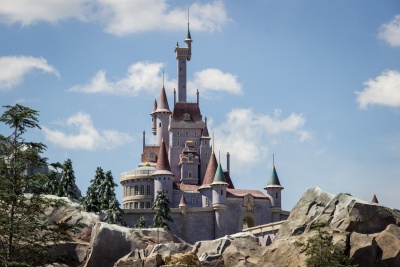 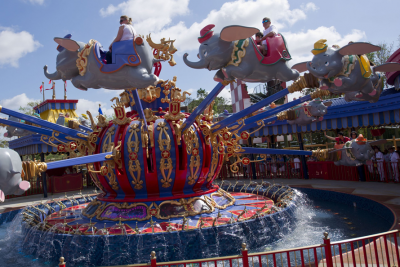 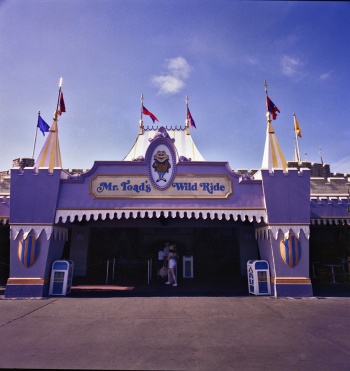