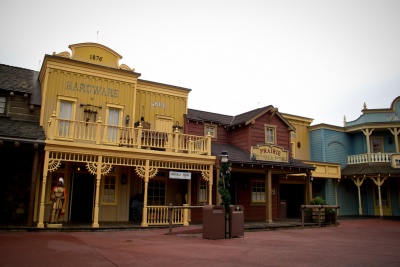 Following the construction of Big Thunder Mountain Railroad, Frontierland remained essentially the same until the Frontierland Train Station was closed in 1990, and moved in order to make room for Disney's newest thrill ride- Splash Mountain [6]. Based on the 1946 Disney Movie "Song of the South", on Splash Mountain guests follow the adventures of Brer Rabbit as he is chased and eventually captured by Brer Fox and Brer Bear. The climax of the attraction comes when guests plummet 52.5 feet down Chick-A-Pin-Hill and into the briar patch. Besides once again changing Frontierland's layout, Splash Mountain also expanded the land's theme [7]. Unlike Big Thunder Mountain and the rest of Frontierland, Splash Mountain was set in the American South. In order to help bridge the thematic gap between Splash and Thunder Mountain, Imagineers used the newly relocated Frontierland Railroad Station (which reopened in 1991) to serve as transition between the two [7]. Finally, on July 17, 1992 Splash Mountain opened to guests, although it was officially dedicated on October 2[8].

In 1994 one of Frontierland's original attractions, Davy Crockett's Explorer Canoes closed to guests [9]. 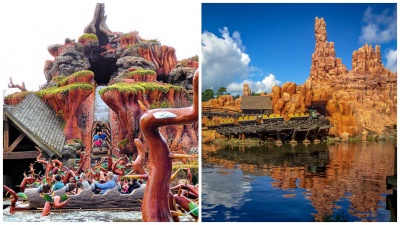 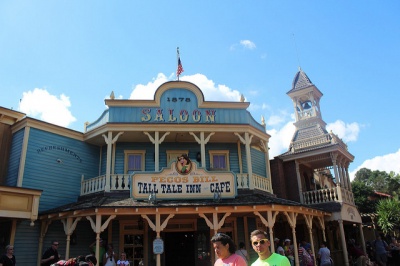