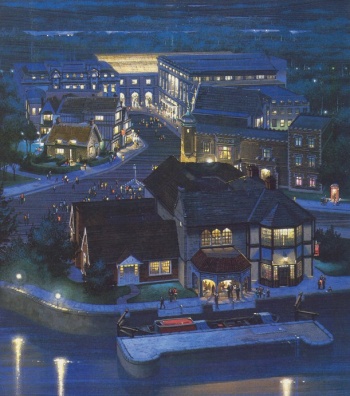 In this artist's rendering of Great Britain's pavilion, guests would board London double-decker busses which would be departing Piccadilly Circus every few minutes along cobblestone streets ... bound for castles, cottages and other great traditions of England [7]

"One side of the square remains open, the future site of a show still being created by the Imagineers. Early in the planning there was talk of a tour presentation, to be housed in an old English railroad station. The idea metamorphosed into an Elizabethan-type dinner theater, from which it evolved into a Victorian music hall. That’s where it now stands – if a genius can be found to successfully bowdlerize the rough-and-tumble British vaudeville style for a family audience." 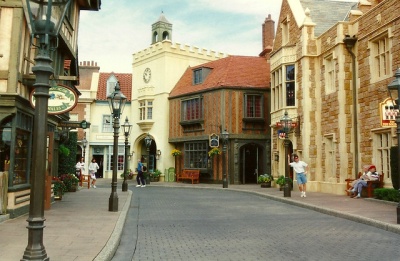 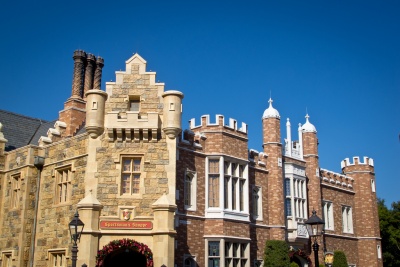